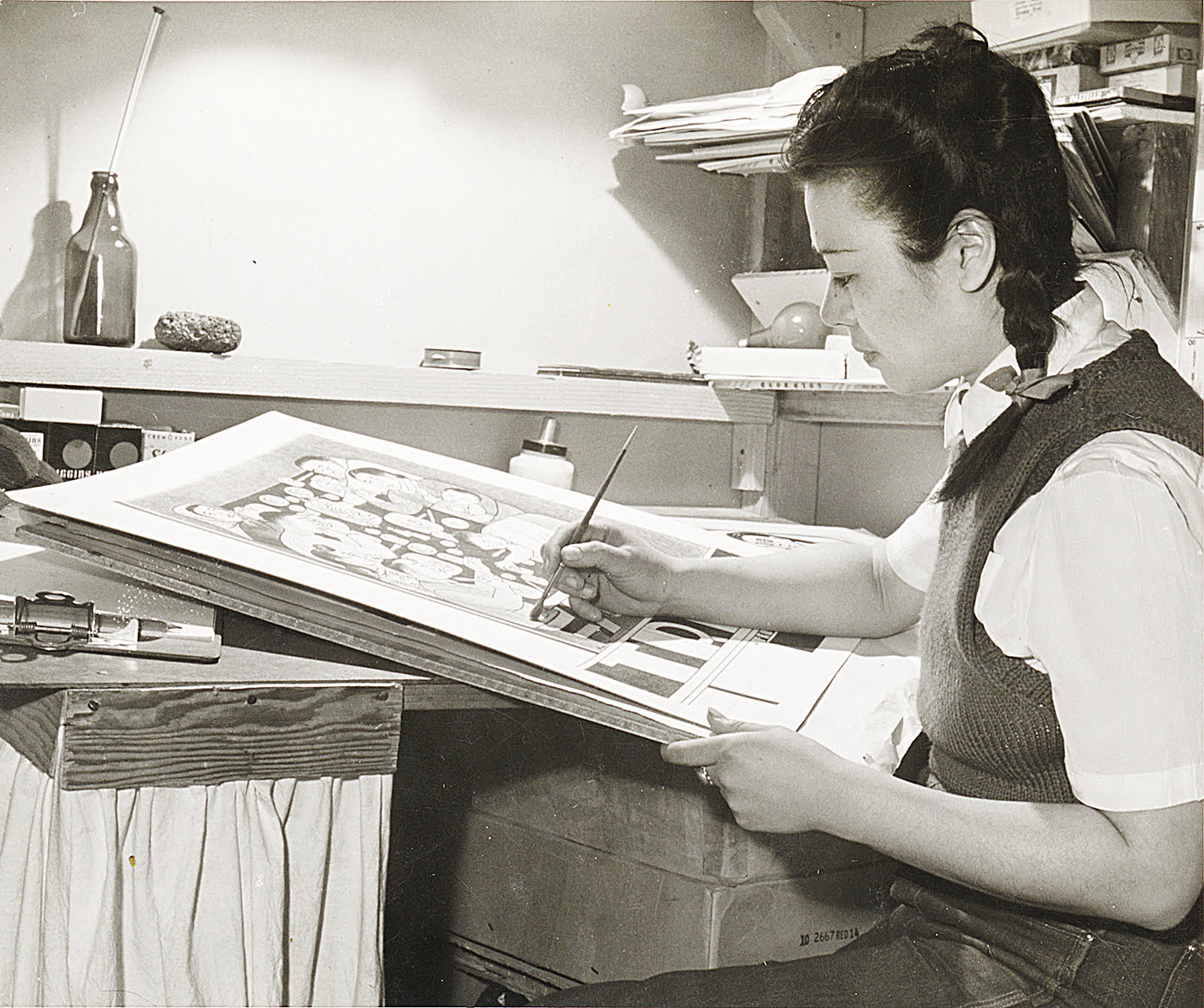 Having been a camp nerd for a few decades now, I’ve always had a fascination with a close, day-to-day look at what it was like to be thrown together in a harsh, dreary environment with people who looked like you and no doubt were brought up with similar cultural values, not to mention towers with guards armed with rifles.

As is appropriate on the 75e anniversary of MinÃ© Okubo’s pioneering graphic memoir, “Citizen 13660”, hailed for its groundbreaking account of WWII incarceration by a camp-held Nisei, the Japanese American National Museum would present an exhibit from its own impressive collection of Okubo masterpieces.

When the museum was developing its reputation as a repository of remarkable American Japanese art over 20 years ago, its innovative lead curator and mastermind of art, Karin Higa, convinced Okubo and his estate to donate the enormous body of works that includes more than 200 original works. sketches of the now classic book, as well as an old manuscript complete with handwritten notes. Higa, who died in 2013 at the age of 46, is forever recognized for her passionate fusion of history and art, and she no doubt saw in Okubo, who died in 2001, a prime example of this indispensable fusion.

With fierce determination and a workaholic state of mind, Okubo captured everyday scenes through thousands of sketches that depicted his stay at the Tanforan Assembly Center in December 1942 until his imprisonment at the Topaz camp until in 1944. For the exhibition, entitled “The masterpiece of MinÃ© Okubo, the art of Citizen 13660”, curator Kristen Hayashi, holder of a doctorate. in the history of UC Riverside, will undoubtedly agree that the historical value of Okubo’s art cannot be underestimated. In â€œCitizen 13660,â€ she notes details in the artist’s illustrations that show an insider’s perspective crucial to understanding mass detention.

Among the pieces in the collection that caught Hayashi’s attention was a Topaz map drawn by Okubo that featured descriptive details as vivid as “mosquitoes” and “sewage smell.” Hayashi comments that there were also notebooks with less detailed sketches and short descriptions, such as “men watching the grass grow” or “flowers in a jelly pot” – a total of 1,500 to 2,000 sketches. created over a nine month period. The volume of work is a tribute to Okubo’s work ethic and an astonishing contribution to the historical record little documented on paper.

Since some of the more hostile parts of camp life were off-limits to War Relocation Authority photographers, and cameras were initially off-limits to inmates, Okubo’s goal was to be both camera and record holder. . Whether it’s kids staring at the two-tight flush toilets, naked elderly women climbing up buckets and pots to bathe, or men and women holding noses to the stench wastewater, Okubo has captured camp life in all its unpleasantness.

His drawings are accompanied by rich explanations full of humor and irony. Hayashi quotes one of his favorite drawings which shows Okubo and his brother, separated from their father, mother and five other siblings when they arrive in Topaz. The new arrivals were greeted by a group of playing Boy Scouts and people clapping while holding a â€œWelcome to Topazâ€ sign. Despite the festive welcome seen in the background, Okubo shows the newcomers covering their faces in agony, unable to see anything due to the dust.

“When we finally fought our way to the safety of the building,” she wrote in her caption, “we looked like we had fallen into a barrel of flour.”

According to Hayashi, it was difficult to select just 28 of the book’s more than 200 illustrations for the exhibition which includes two galleries. Hayashi says she was fortunate to have the help of the museum’s Getty intern, Rose Keiko Higa, who happens to be the niece of the gifted woman responsible for securing the collection. Together they thought through each drawing and carefully read each caption to present Okubo’s work in a way that would hopefully make Karin Higa and MinÃ© Okubo proud.

The second gallery highlights what Hayashi sees as the aim of the exhibition, i.e. to show the to treat which led to the creation of “Citizen 13660. “ Fortunately, the JANM collection holds the keys to this process, including the quick sketches that led to the draft manuscript and ultimately the final published version. In some cases, according to Hayashi, the edits – both Okubo’s own changes and other edits – have altered the meaning of the illustrations and text. Also noteworthy are the different styles captured in various versions which offer insight into Okubo’s thought process as she moved from sketch to final drawing, most often showing an increasingly powerful sense of humanity.

While the breadth of Okubo’s work cannot be showcased in this exhibition, it is important to note that his work as an artist spanned decades before and after the war. Born in Riverside to a mother herself an artist and a graduate of the Tokyo Art Institute, Okubo, an arts and anthropology graduate from UC Berkeley, received a postgraduate scholarship allowing her to spend a year and a half in Europe just before the war. exploded. Upon her return, she became active with the Federal Art Project of the Works Progress Administration as well as with the San Francisco Art Association, eventually leading to an assistant job with famous painter Diego Rivera.

While Okubo was still in Topaz, the San Francisco Museum of Art presented his camp drawings in an exhibition in 1943, which in turn led to his work being presented in Fortune magazine. Fortune helped move Okubo to New York in 1944, where she gained a reputation as a book illustrator until her return to full-time painting in 1960. The diversity of her work can be seen in other pieces of the museum’s collection which feature colorful paintings of such diverse objects as cats, fish and horses.

Yet it was as an illustrator and camp documentary maker that earned Okubo her fame now 75 years after “Citizen 13660“ has been published. Almost 50 years after its publication, it received the American Book Award, a true sign of its universal durability. With his unique sensibility and historical insight, one can only hope that Okubo’s work will continue to live on to enlighten present and future generations on a period of history that many once wanted to forget.

Sharon Yamato writes from Playa del Rey and can be contacted at [email protected] The opinions expressed are not necessarily those of The Rafu Shimpo.