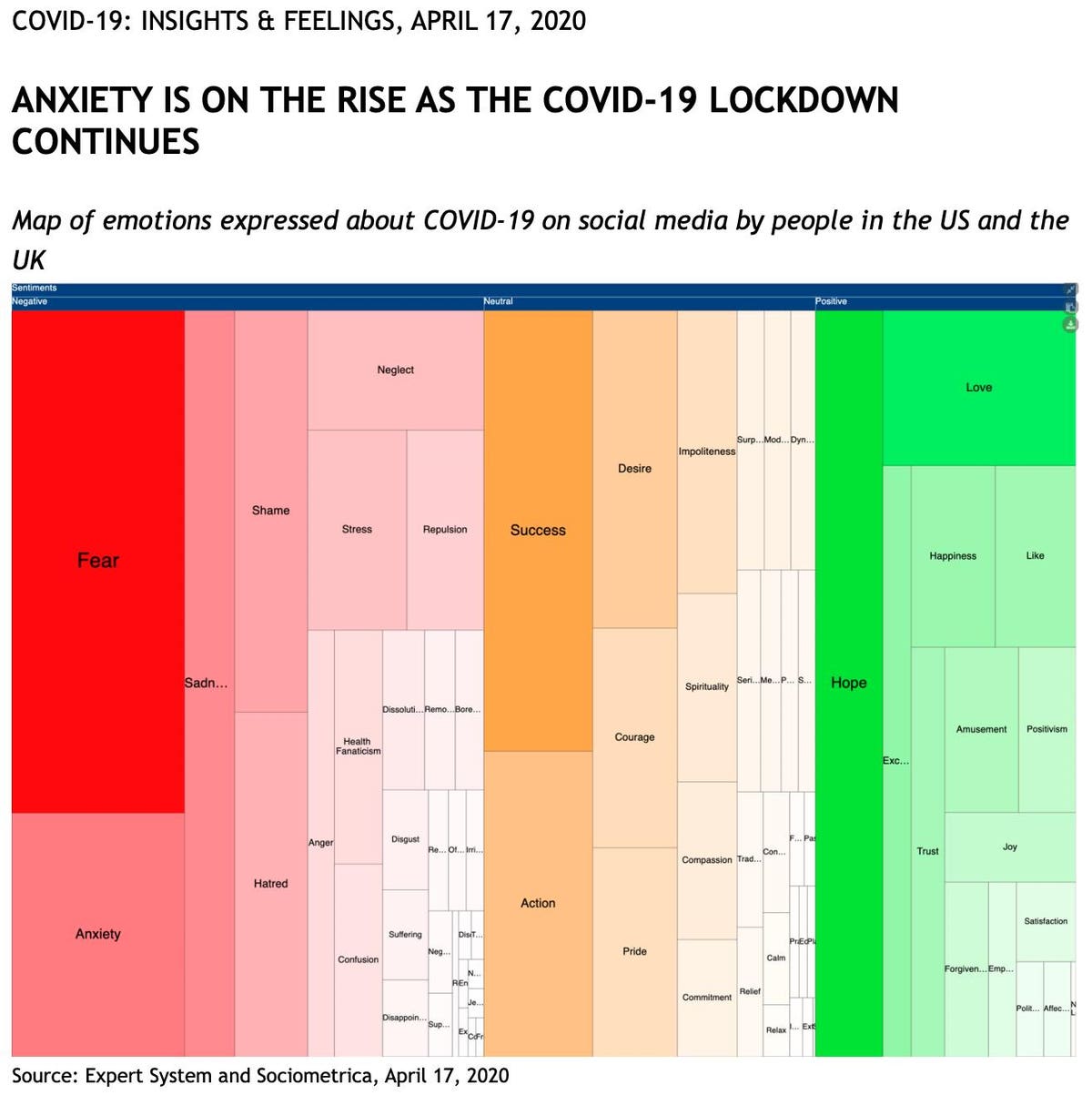 Italian artificial intelligence (AI) company specializing in natural language reading and semantics uses its AI technology to extract emotions and feelings from 63,000 English social media posts on Twitter every 24 hours to create a semantic analysis of people’s feelings during COVID-19.

Expert system collects the data in the same time frame – 10:00 a.m. EST (3:00 p.m. CET) on the same day of each week. Data is analyzed every 24 hours and interpreted by Sociometrica. The company applied the most frequently used hashtags related to the coronavirus to analyze data such as #coronalockdown, # covid19, #coronavirusuk, #stayathome, #stayhomesavelives, #coronaviruspandemic, #clapforourcarers, # isolationlife.

“We have also seen more and more criticism of individual behavior seen as irresponsible and against advice to follow social distancing and other recommendations to ‘flatten the curve’, added Mayo. “But we’ve also seen growing expressions of gratitude to healthcare workers and signs of hope emerging more broadly.”

Mayo believes it is important to monitor changes in people’s sentiment, because part of the success of the antivirus strategy depends on the behavior of individuals. Based on the data, the general trend shows that fear is the most prevalent emotion.

Mayo says sentiment data from two weeks ago in early April indicated people were scared because they wanted to return to their normal lives; they insisted on obtaining answers both on the progression of the pandemic and on actions to combat the virus. “Strong criticism has been leveled at those who violate the rules of safety distancing and other behaviors [..] it would prevent the spread of the virus, ”Mayo said.

“The days leading up to Easter were a turning point, with more positive emotions correlated with a growing expression of ‘action’ around the commitment to the fight against the virus and the courage of the doctors and nurses working on the front lines of the fight and confidence in science, ”Mayo said.

On April 17, 2020, data showed positive emotions, including the hope and love expressed towards healthcare workers, showed a slight increase from 21.6% to 23.9% in 24 hours.