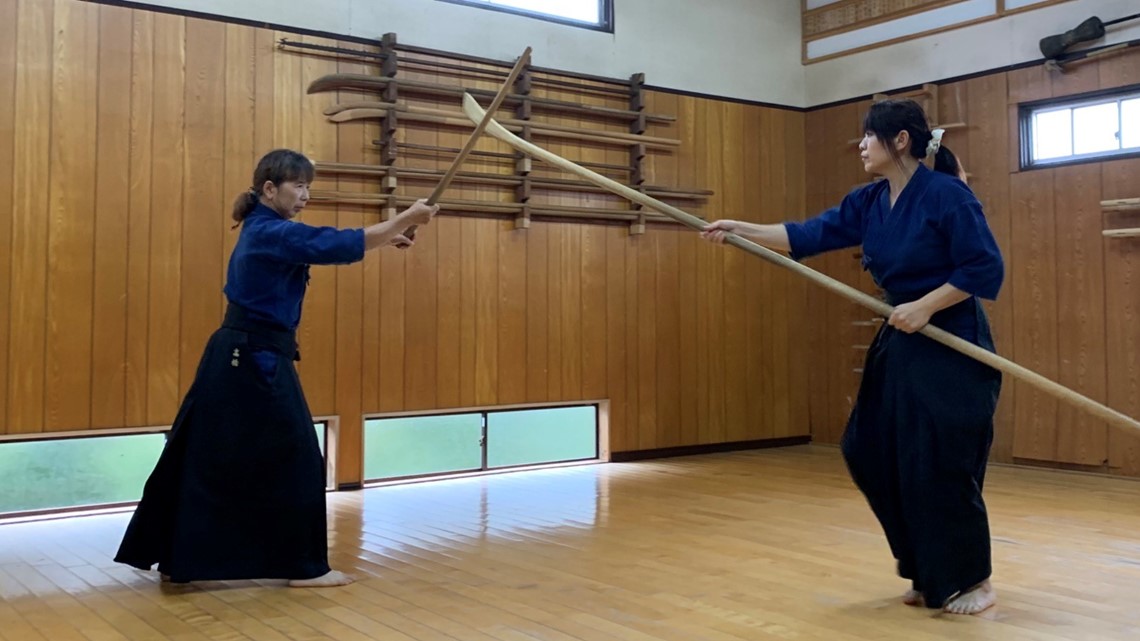 The skills of the samurai are still as sharp as the blades used by the students.

TOKYO, Japan – In the town of Narita, just east of Tokyo, one of the oldest techniques in Japanese martial arts is still being taught.

“This teaching is called Tenshin Shoden Katori Shinto-ryu,” said Otake Risuke. “The founder of this school was born around 1400 in Chiba Prefecture, the modern city of Katori City in a village called Iizasa. As a child, the founder Iizasa Choisai Ienao always loved the sword and the spear.”

These sword fighting skills have their roots in ancient Japan.

“It’s about 600 years old. It’s the kind of stuff that samurai were taught on the battlefield,” Bonell said. “The skills we learn here come from the battlefields. They are used to take out your enemies. We actually learn how to hit weak spots in armor.”

The students, some of whom are from Russia, train with different weapons, including swords, swords and spears. Bonell moved to Japan from his UK home saying he has been fascinated by Japanese culture and Budo most of his life.

“I think for the first time when I watched ‘The Karate Kid’ I got interested in Japanese culture,” Bonell said. “I studied judo, karate, jujitsu. It was natural that I started to study more Japanese history and Japanese arts. One day I was watching videos on YouTube and I came across an old BBC documentary about this Dojo. I got incredibly interested. I found a dojo in the UK. I came to Japan. “

Everyone who goes to this school takes a blood oath.

Although students learn to wield a variety of weapons, the moral teachings of this martial art emphasize non-violence.

“One of the main lessons was to achieve victory without drawing the sword,” said Otake Risuke. “If you draw your sword and fight, there will be casualties on both sides, whether you win or lose. It will end in a cycle of hatred. That is why you should not try to induce hatred in others. This is the teaching of our school. “

“We are learning an art that is basically killing people, but the main lesson is not to use violence,” Bonell said. “It is said that a warrior who can defeat his enemy without drawing his sword is far superior to one who can bring down his enemy.”

Men are not the only ones in this school. An increasing number of women are picking up weapons and learning the skills once practiced by samurai warriors.

“At first my parents were really worried when I started training,” said Michiko Ito. “I hid the wooden sword and the imitation sword under my bed. My parents feared that I was dealing with weapons. Then, one day, they found out and were in shock. But now , they are encouraging me and they are telling me to do my best. They hope I can help spread Japanese culture through this martial art, especially because of its history and giving back to the world in this way. “

“I used to be afraid to walk alone in the dark at night. But now I feel a lot better knowing that I can protect myself as long as I have an umbrella or something,” Ito said.

“My husband thinks I’m crazy,” said Keiko Toda, 59. “I train at home every morning. So my husband has practically abandoned me. My husband has no interest in martial arts. My son is interested in marriage arts.”

Otake Risuke, 93, is the oldest sensei or teacher in the school. He showed me self-defense techniques without using weapons.

“It’s better to be able to defeat yourself than to defeat a thousand enemies,” said Otake Risuke.

The “way of the sword” continues throughout the host country of the Olympic Games. It is history and culture preserved. In this part of Japan, teachers are sharing their expertise and passion with a new generation.

“You draw a sword so that you can protect your family and your friends,” said Otake Nobutoshi-shihan.

The skills of the samurai are still as sharp as the blades they use.

“Drawing your sword and slaughtering your enemy is not a real victory,” said Otake Risuke.

It is a land where fencing is still practiced.

“It is a privilege to study at this school and to preserve a part of history,” Bonell said.