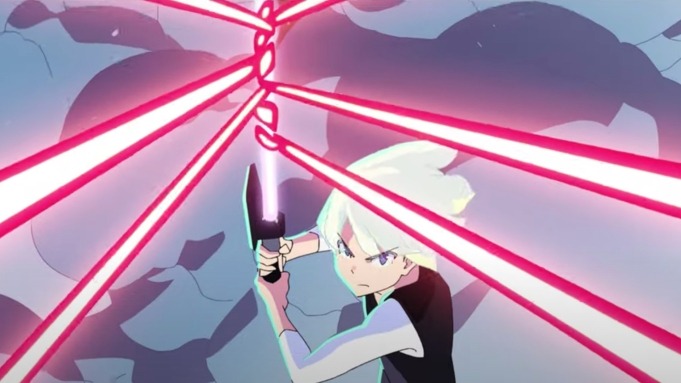 What immediately stands out in Disney + ‘s new “Star Wars: Visions” are the stories it chooses not to tell.

Released on September 22, “Star Wars: Visions” is an animated miniseries set in the “Star Wars” universe. The new series consists of nine shorts from seven different animation studios, each episode featuring different art styles, characters and settings. The result is a unique and exciting new take on “Star Wars,” which blends classic franchise iconography with various iterations of Japanese culture and anime storytelling, and, perhaps most strikingly, one without. a single mention of a Skywalker, Kenobi, Palpatine, Solo, or Organa. The series is more interested in those on the fringes of the galaxy, whose stories have not changed the history of their universe but who still matter. “Star Wars: Visions” proves what many “Star Wars” fans knew from the start – that the strength of the franchise is not in relying on recognizable lineages, but in breadth and depth. depth of the “Star Wars” universe.

As each creator grapples with the project itself, this diversity of scenarios within the universe emerges. At its most basic level, “Star Wars: Visions” is just a “Star Wars anime”. The variety therefore comes from how each designer interprets what it means.

“The Ninth Jedi” is both a highlight of the series and an example of a rendition that emphasizes the canonical history of Star Wars. Produced by acclaimed animation studio Production IG, the episode tells the story of Kara, the daughter of a lightsaber blacksmith who must deliver her father’s lightsabers to a new group of would-be Jedi warriors in the hope of restoring the long-dead Jedi Order. Lasting just under 22 minutes, the episode comes closest to a traditional “Star Wars” cinematic experience, featuring incredible lightsaber duels, a frenzied speeder chase and a strong and courageous protagonist. “The Ninth Jedi” is a fantastic Star Wars story that happens to be an anime.

“Tatooine Rhapsody” is a low-key hidden gem that takes the opposite approach. Produced by the brand new Studio Colorido, the story centers on a small rock band targeted by Boba Fett because their bassist is the son of Jabba the Hutt. While “The Ninth Jedi” shows how much anime can be used to tell a Star Wars story, “Tatooine Rhapsody” takes Star Wars iconography and style to tell a story much more in line with a TV anime. traditional. Its rock music, desert-punk aesthetic, and the serious coming-of-age story at its core evoke mid-2000s anime classics like “Eureka Seven” and “Gurren Lagann”. The climax is particularly effective: a rousing performance that inspires Tatooine’s youth and saves the band from performing, the ending illustrates the classic anime theme that the passionate feelings of youth can be more powerful than n ‘ any force in the universe. “Tatooine Rhapsody” is a great anime set in the Star Wars universe.

There is also a third option, illustrated by “THE TWINS” by Studio Trigger. Directed by iconic director Hiroyuki Imaishi, who is best known for directing “Gurren Lagann,” “THE TWINS” sees “the anime” Star Wars “” and takes that to mean ANIME STAR WARS. The anime rose to 11 in a dramatic story of twins, a brother and sister created by the Sith, passionately fighting for their conflicting ideals. The episode is filled with incredibly exaggerated battles, insane powers, dramatic nose-downs, and the main hero using a hyperdrive lightsaber to slice a Star Destroyer in half. The action is stellar in every episode of the series, but “THE TWINS” wins the cake for its bombast, energy and creativity. “THE TWINS” breathes the conventions of anime storytelling, with the power of youth and love that literally breaks the laws of reality. But it also exudes “Star Wars”. The episode opens with a disturbing shot of a Star Destroyer, panning to reveal itself to be two Star Destroyers combined, a nod to the iconic opening of “A New Hope.” Shortly after, we see the Sith sister standing on the deck of the ship with her arms back. The ending sees the brother sitting on top of his destroyed spaceship watching a binary sunset, the music swelling. In the hands of a lesser designer, these obvious visual references would be read as outdated, overused, and silly. But embracing an exaggerated simplicity filled with searing passion and an overflow of emotion, “THE TWINS” succeeds with aplomb.

Not all episodes are as successful as these three. “The Elder,” the other episode of Studio Trigger, is a fairly entertaining narrative, but weaker animation, too much similarity to other episodes, and a story that lacks scope make it a weak point in the series. Too many episodes, including “The Elder”, “The Duel”, “Akakiri” and “The Village Bride”, had the structure of an alien Jedi arriving in a small town and solving their problem, although “Akakiri” differs quite significantly from other examples elsewhere. The main characters’ status as visitors to foreign soil pulls audiences away from them and flattens their characterization, as their background information and motivation is lost. Again, this may depend on your personal preferences, as these stories come from another way of imagining “Star Wars anime” – that is, as classic Japanese-inspired “Star Wars”, borrowing heavily from traditional stories of wandering samurai. “Lop and Echo” has a surprisingly unique problem considering the nature of the series. With an ambitious, dramatic story and stimulating themes of colonialism and tradition, the story needed more time for the excellent ending to have the impact it should have, although it was still a favorite. staff. Finally, “TO-B1” is another very well-crafted episode that takes a similar approach to “Tatooine Rhapsody”. The episode takes a peek at another small and bizarre slice of the Star Wars galaxy through a distinctly animated story and aesthetic, this one clearly inspired by old super robot shows, particularly “Astro Boy”.

Ultimately, “Star Wars: Visions” celebrates diversity, both the diversity of anime and the diversity of the “Star Wars” canon. This commitment and celebration of diversity means that any “Star Wars” fan, anime fan, or fan of good storytelling will find something to suit their tastes, especially since each episode is exceptionally well made from one. technical and magnificent level. “Star Wars: Visions” is “Star Wars” at its best: bold, ambitious, creative and, most importantly, innovative. Hopefully this signals a positive change in the franchise for years to come.