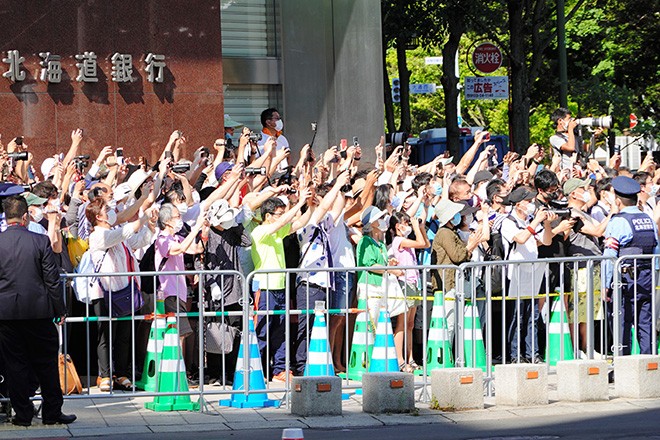 SAPPORO – The mayor of Sapporo congratulated residents on the smooth running of the Olympic events in the capital Hokkaido, but indicated that the city may review its plans to host the 2030 Winter Games.

“It is true that the streets (of Sapporo) were crowded with spectators at some of the events,” Sapporo Mayor Katsuhiro Akimoto told reporters on August 10, two days after the end of the Tokyo Olympics. “But we were able to finish the Olympics without major problems, thanks to the cooperation of many residents who refrained from watching the events in person.”

The city hosted the Olympic football games at the Sapporo Dome without spectators.

In addition, marathons and running competitions have been moved to the northern main island to protect endurance athletes from the sweltering summer heat in Tokyo.

The Olympic organizing committee had asked people to refrain from showing up to watch the races that took place on public roads in Sapporo between August 5 and 8, citing a resurgence of new coronavirus infections.

Akimoto and Hokkaido Governor Naomichi Suzuki made the same request in press conferences.

Despite these demands and Sapporo’s hot and humid weather, spectators flocked to the streets on the days of the events.

Akimoto said he believed many locals had acceded to his request by comparing the situation to a pre-pandemic scene in 2016, when 100,000 to 150,000 people took to the streets of Sapporo to witness the victory parade. Hokkaido Nippon-Ham Fighters, Japan Series baseball. champion.

The mayor added that the Olympic events have given Sapporo a “perfect opportunity” to show the world the city’s beautiful landscape.

As for the flow of people during the Games, Akimoto said the number of visitors from outside of Hokkaido was rising to the level seen last October. He said the increase was in part due to the three-day weekend that began the day before the Olympics ended.

“We are preparing for a possible increase in new infections in two weeks,” he said.

“We are discussing in depth what should be a sustainable Olympics and looking at parts of the plan,” Akimoto said.

He said his city plans to ask residents about their opinions on whether Sapporo should host the Winter Games.

The mayor also said he met Thomas Bach, president of the International Olympic Committee, after the women’s marathon on August 7.

“He told me that we have shown that we are capable of hosting not only the Winter Olympics but also the Summer Games,” Akimoto said.