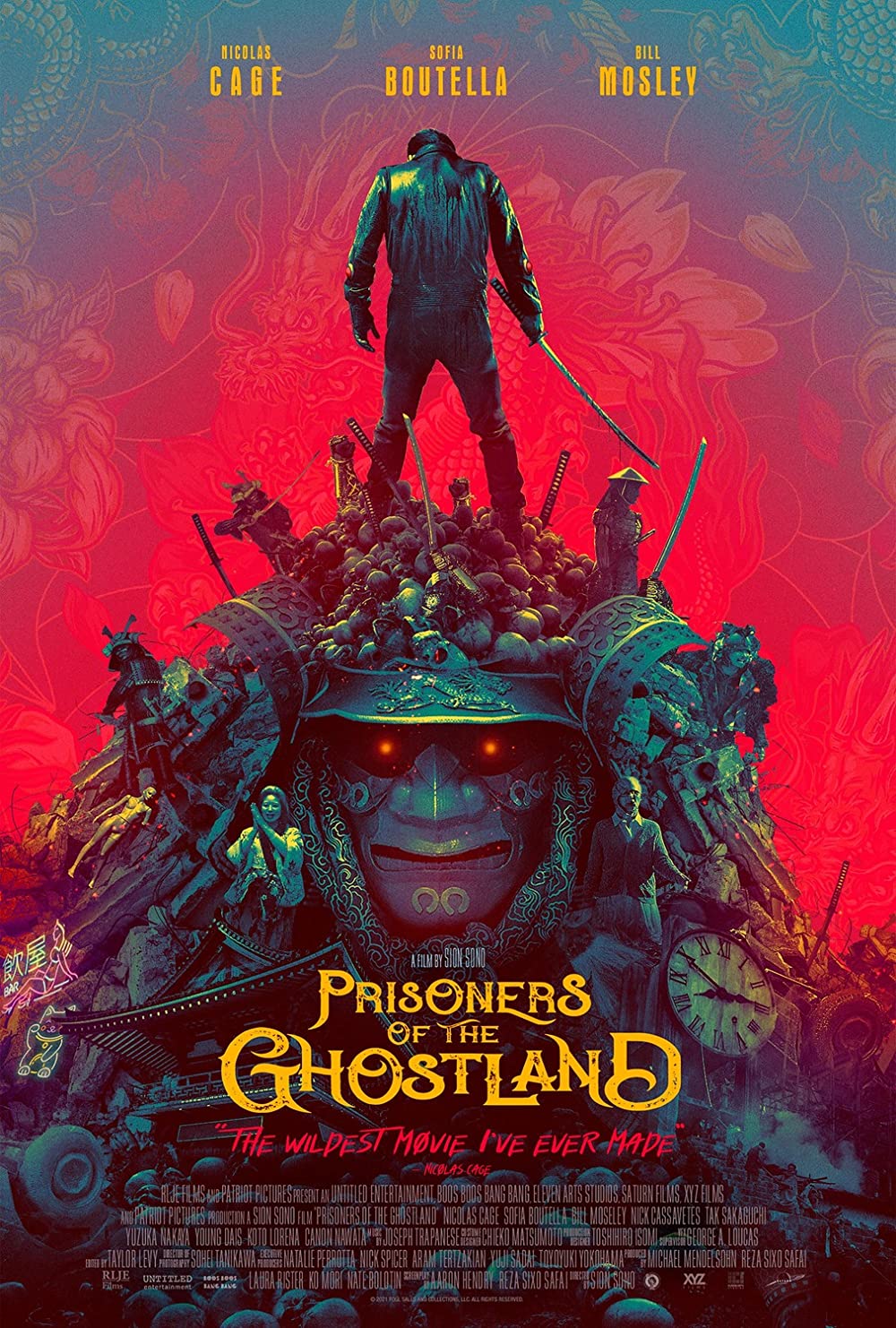 WTF, did I just waste 103 minutes of my life watching? Nicolas Cage (in the most shameless fashion) is a notorious convict in post-nuclear disaster Japan who gets his freedom if he can find and save the daughter of a warlord (Algerian Sofia Boutella, currently at the search for a new agent) from a radioactive colony called Samurai Town.

But first, he’s locked in a leather suit equipped with explosives, spawning the film’s best line when warned: “Your pants are also equipped with explosives… one for each test-e-quel.” I have to love it. Sofia, by the way, comes across as a young lady who can apparently handle her own distress very well. Cult Japanese director Sion Sono has a unique, hyperactive style that is admired by some. On this basis, which is admittedly the only one of his films that I have seen, I cannot count myself among them. Basically, it throws copious amounts of weirdness, light, color, violence, and Japanese pop culture into a blender in the hope that someone will call it art. Someone will. This is not the case.

So just your narratively inconsistent, gonzo, dystopian, silly, neon-colored, samurai, sour western, revenge, redemption, Mad Max-wannabe, forced camp dream. It made me tired. The film is ridiculous. The fact that he is aware of it is not necessarily a good thing. Get drunk first if you’re going to see it.

Local Angle: Charles Glover, of Tokyo, stands out as the mayor of Samurai Town, only because he’s the only actor who doesn’t play too much. (103 minutes)