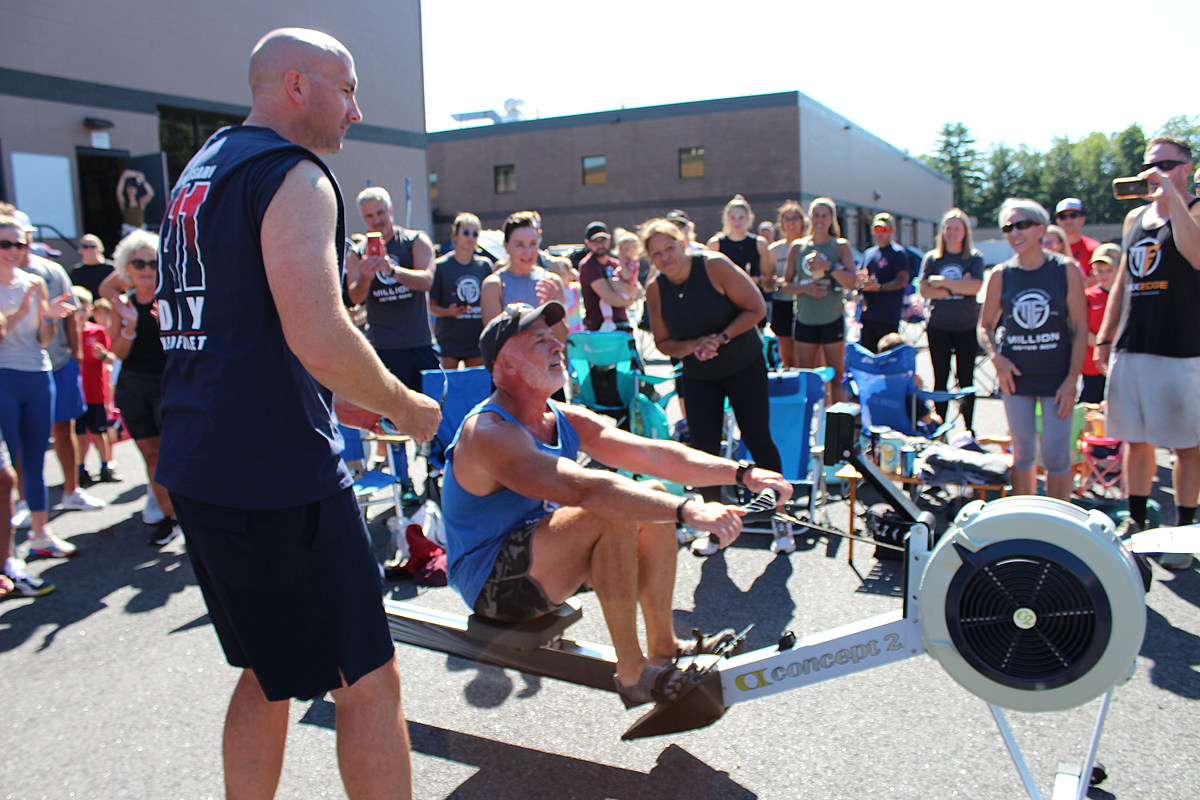 A grueling million-meter paddling marathon will be of great benefit to the Hampton Police and Fire Departments.

Calling it one of their biggest donations, the Hampton Police Association and the Hampton Fire Fighters Charitable Organization received a huge gift of $ 14,200 on Monday from MaxEdge Fitness Training and LeMay Family Goodworks.

The rower took place at MaxEdge in Hampton on the 20th anniversary of 9/11 and featured 20 rowers – each set to 50,000 yards – with participants taking turns rowing until the million mark. meters is reached.

After about four hours and a lot of sweat, the teams reached their goal.

“We wanted to do something that would incorporate all of our members,” said Jay Collins, owner of MaxEdge.

The $ 14,200 will be shared between the police association and the firefighters organization to support their charitable work.

The rower was a way to celebrate the 10th anniversary of the gymnasium and also to give back to the community.

“We like to keep things as local as possible and we thought, what better way than to incorporate the police and the fire department. They see needs that are occurring that a lot of people don’t see, ”Collins said.

The bulk of MaxEdge’s portion was raised through a raffle featuring many donated items and the sale of t-shirts for the event.

“We can do a lot of things with this,” said Craig Jordan, Hampton firefighter / paramedic and president of the Hampton Fire Fighters Charitable Organization.

Jordan competed in the rower with a five-member team that started out rowing 1,000-yard boulders, which took about four minutes.

“There was a lot of rest time, but it was exhausting at times,” he said.

Hampton Police Officer Clay DeMarco, chairman of the Hampton Police Association, said the donation was the largest he had seen in his nine years with the association, which uses the money for charities in the community.

The association donates to schools, helps children in need during the holidays, replaces children’s bikes when they are stolen or damaged, and donates to local homeless shelters and pantries.

“We all love working here and giving back to our community in any way we can. We can do a lot of good with this and we are delighted, ”he said.

Michelle LeMay of LeMay Family Goodworks said the organization was founded last year and is in its 39th week of a 52-week giving campaign.

In recent months, LeMay said she has discovered that charities for veterans, police, firefighters and children could become the focus of the organization, but for now, she will continue to support various causes.

Hampton firefighter Sean Murray has been a member of MaxEdge for 10 years and competed in the Row-a-thon.

“Jay does a lot of things to inspire people and get them to do things you wouldn’t normally think of,” Murray said.