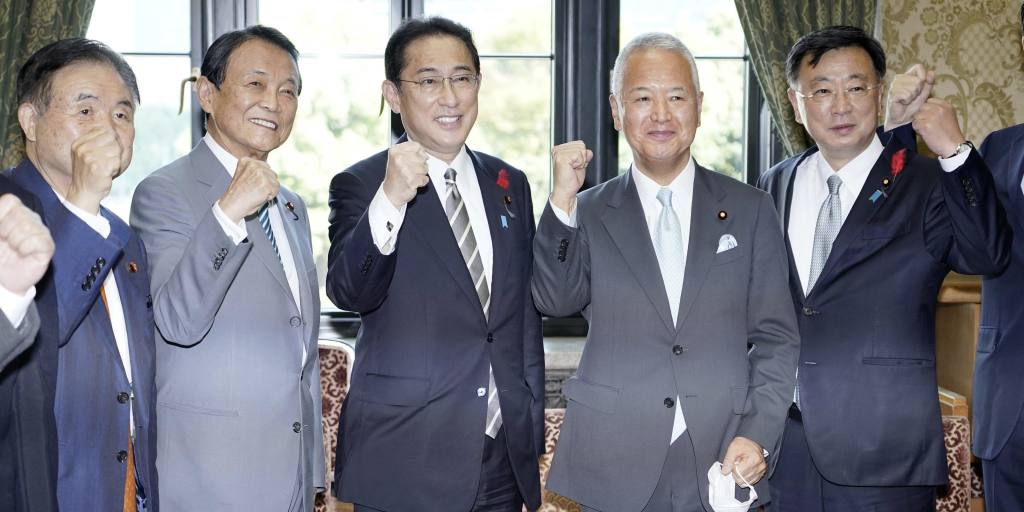 Tobias Harris is a Senior Fellow at the Center for American Progress, an independent, non-partisan political institute. He is the author of “The Iconoclast: Shinzo Abe and the New Japan”.

During a press conference following the dissolution of the Japanese House of Representatives last week, Prime Minister Fumio Kishida spoke harsh words about the choice of voters in the general election on October 31.

“Age is at a crossroads,” Kishida said. “How it travels will determine the future of Japan.” While Kishida has every reason to make clear distinctions between his party and the opposition, there is some truth in what the Prime Minister is saying.

But with the CDP fielding too few candidates to be a viable candidate for power in this election – only 214, less than the 233 needed for a majority in the House of Representatives – voters won’t really make a choice as to which to vote for. future direction. from Japan.

Instead, this election, the first since former Prime Minister Shinzo Abe left in 2020, is expected to be a referendum on Abe’s legacy and the post-Abe PLD. That may not help Kishida build the healthy majority he needs to build up a long term as prime minister.

The public appears to be particularly unhappy with the extent to which Kishida, despite promising changes, depended on Abe to win the leadership of the LDP, with recent polls indicating that a majority of voters do not want the new government to pursue the ” Abe-Suga line. “

The perception that Kishida is only the moderate face of a government dominated by LDP conservatives likely contributed to the new government’s disappointing approval ratings, and the party manifesto did little to dispel this. impression.

For example, the manifesto does not refer to any of Kishida’s signing pledges during the leadership campaign, as a “revenue doubling plan,” and reduced his pledge to redistribute income as part of a “new style of Japanese capitalism ”.

Instead, the LDP explicitly endorsed the three arrows of Abenomics and lifted the language of “investing in crisis management” and “investing in growth” entirely from Sanae Takaichi’s platform, the Abe-backed rival Kishida edged out in the recent LDP leadership ballot and who now heads the party’s political affairs council.

Promises to increase defense spending and offer more explicit support to Taiwan reveal how much the party hawks are setting the political agenda of the new government.

Lawmakers are throwing their arms up in a customary “banzai” as the House of Representatives was dissolved in Tokyo last week. © Kyodo

The impression that Kishida’s promises of change are a facade for a ruling party still dominated by Abe creates an opportunity for the opposition to eat away at the LDP parliamentary majority and weaken its grip on the legislative process.

Not only have the CDP and the Japanese Communist Party cemented an electoral alliance, but the CDP also offers a vision of the Japanese economy that goes far beyond Kishida’s “new style” capitalism, as its pledge to shift to a new one. social approach where the government would provide generous support for health care, housing, education and other basic services for low-income households, funded in part by higher taxes on the rich and on businesses.

The party manifesto only scratches the surface of the implications of how such a change would change the way Japanese people live, work, learn and form families. The CDP contrasts even sharper with the LDP on social values, committing to creating a society more tolerant of diversity and more committed to equality.

However, despite public discontent with the “Abe Line” and the opposition’s efforts to come up with a clearer alternative, it is possible that the election result was no different from that of the Abe years.

Kishida braces for a setback – he ruled out the possibility of winning a qualified majority and said he would consider a simple majority for the coalition to be a victory – but the ruling coalition can afford to lose around 40 seats before they can. check the Power is weak.

Meanwhile, the opposition has the same problem as during the Abe years. With a base of support smaller than the ruling coalition – which depends on a reliable “organized vote” to win – it can only make significant gains if independents come forward in significant numbers.

During Abe’s tenure, most of them stayed at home, allowing the ruling coalition to win historically large majorities thanks to a historically low turnout. Early signs suggest turnout may be low again. A recent NHK poll found that only 52% of voters said they definitely plan to vote. In 2017, that number was 53% and the actual turnout was ultimately only 53.68%.

Therefore, although opposition electoral coordination may topple some vulnerable PLD incumbents, it will be difficult for the CDP and its allies to deliver a decisive blow to the ruling coalition unless voter enthusiasm mounts for a period of time. the short campaign.

Although the opposition has offered the starkest contrast to the PLD for more than a decade, it is possible that a plurality of voters will remain at home again, opting in effect to maintain the status quo under a new leader. .