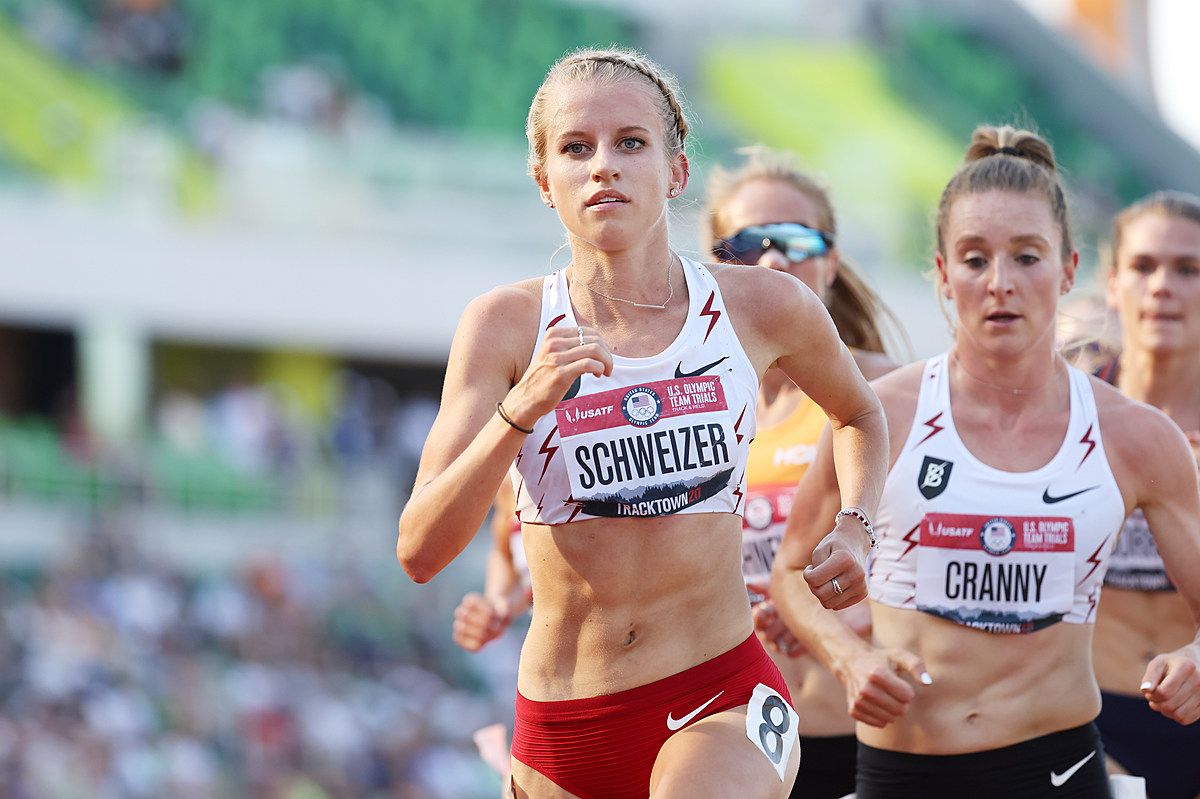 An Iowa and track star is traveling to Tokyo to represent the United States at the Summer Olympics next month. Karissa Schweizer of Urbandale, IA, placed second in the 5,000-meter race on Monday night, securing her a spot on the United States squad for the Tokyo 2020 Olympics.

In the scorching heat of Oregon on Monday, Karissa Schweizer of Iowa started the final race in the women’s 5,000-meter race.

At the start of the race on Monday evening, it was 94 °. The heat was no problem for Schweizer or his training partner Elise Cranny. Around 14:19 and starting the last lap, Schweizer took the lead and will stay there until the end of the race.

In the dying moments, his training partner, Elise Cranny, took the lead and won first place in the Olympic Trials. Cranny finished with a time of 15:27.81. Schweizer was second with a time of 15:28:11, and Rachel Schneider ran a 15: 29.56 to finish in third place.

All three will represent Team USA for the first time in their careers.

The Tokyo 2020 Olympics will have the Opening Ceremony on Friday, July 23. The closing ceremony will take place on Sunday August 8.

Karissa Schweizer, 25 and from Urbandale, IA, was a star in athletics during her time at Dowling Catholic High School. She was recruited by the University of Missouri after high school.

In Mizzou, Swiss was called the most decorated athlete in University of Missouri history. She won the 2016 NCAA Division I Cross Country Championships and has five other NCAA individual championship titles in track and field.

Schweizer is the current American college record holder for the 3,000-meter indoor race. She holds the record with a time of 8: 41.60.

What do each of these stellar athletes have in common? They are all from Hawkeye State.