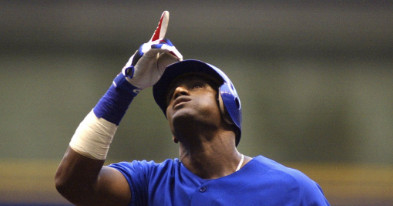 I always enjoy receiving my National Baseball Hall of Fame ballot in the mail.

It comes with surprises, memories and a melancholy reflection on the passage of time, mysterious but never boring.

But then come the clouds.

I hadn’t thought much about Barry Bonds, Roger Clemens or Sammy Sosa recently. Which was cool.

But here they are again, bright and shiny, returning to the spotlight on my new ballot, with new Hall candidates such as Prince Fielder, David Ortiz and Tim Lincecum.

Bonds, Clemens and Sosa have been at the polls for 10 years. And 10 years is that.

If they don’t come home this time, it’s over.

At least they’re made for regular voting by members of the Baseball Writers’ Association of America.

It’s possible that one of the four Hall-era committees would vote in either of them, possibly also in Manny Ramirez, who has been on the ballot for six years with a peak of 28.2% last year.

Manny will not participate in our vote, that’s for sure. You need a box checked on 75% of the votes cast. I’d be surprised if Ramirez even reaches halfway.

Of course, this censorship is not due to the fact that men, technically speaking, are not worthy.

Consider that Sosa – the only player to hit 60 homers in a season three times, with a total of 609 career homers – only got 17% of the vote last year, and you will understand considerations such as “l ‘integrity’, ‘sportsmanship’ and ‘character’ were all part of the voting guidelines.

Obligations ? Arguably the best baseball player of all time. Clement? Without doubt the best pitcher in history.

The old steroid nonsense, the unsettling moral decisions voters need to make rather than just focusing on the candidates’ abilities and stats, it all comes back like a blast on a sunny day when I see these names.

Will I vote for Bonds, Clemens, Sosa or Ramirez? No.

I never will. If the young voters or the elders of one of the committees want them in the years to come, fine. Do it.

I took a step back from what I consider cheating. All of these guys are linked to using performance enhancing drugs, which has given them an edge on the court that I either don’t like or respect. And, of course, they lied about it.

I can be at ease with my decision. Take it to my grave. Inform the worms.

What I don’t like is that the BBWAA never came to an agreement on what to do with the whole era of bloated men steroids and bloated numbers. Remember, this is an era that is not officially over; it’s just in remission.

I will never vote for Alex Rodriguez, a novice on this ballot. Not now, not in a thousand years.

But say the words ‘doping’, ‘biogenesis’, ‘lying’ and ‘wrong’ and you will see where I am coming from.

Ortiz? “Big Papi” is on the ballot for the first time. I’ve always liked the bulky guy and his power and his clutch, but I don’t know. He is mildly tainted by steroid use, but he doesn’t carpet like other cheaters.

I will probably vote for him. I need to think about it.

It is the unhappy part, the part which makes that the ballot which was at first such a joy to receive gradually turns into a pit of doubt, uncertainty, even anger.

I will vote for Curt Schilling (even though he’s a jerk), Scott Rolen, and Omar Vizquel (even though there are unproven allegations of sexual abuse about him). And I’ve voted for Billy Wagner and Todd Helton in the past.

I look forward to studying the detailed work of newbies Fielder, Jonathan Papelbon and Ryan Howard.

And Lincecum, two-time winner of the Cy Young Award. I always liked it. Maybe that’s because the long-haired, baby-faced guy kind of launched fiery rockets when he was the size of a typical high school nerd.

Everything becomes subjective, really. Everyone on the ballot was a star, a rare talent. You can study the statistics until your eyes turn glassy. The numbers are impressive.

Ultimately, however, I use my own personal criteria: when I watched him play, did I think I was looking at a future?

Hall of fame ? What about a decent, athletic human being?