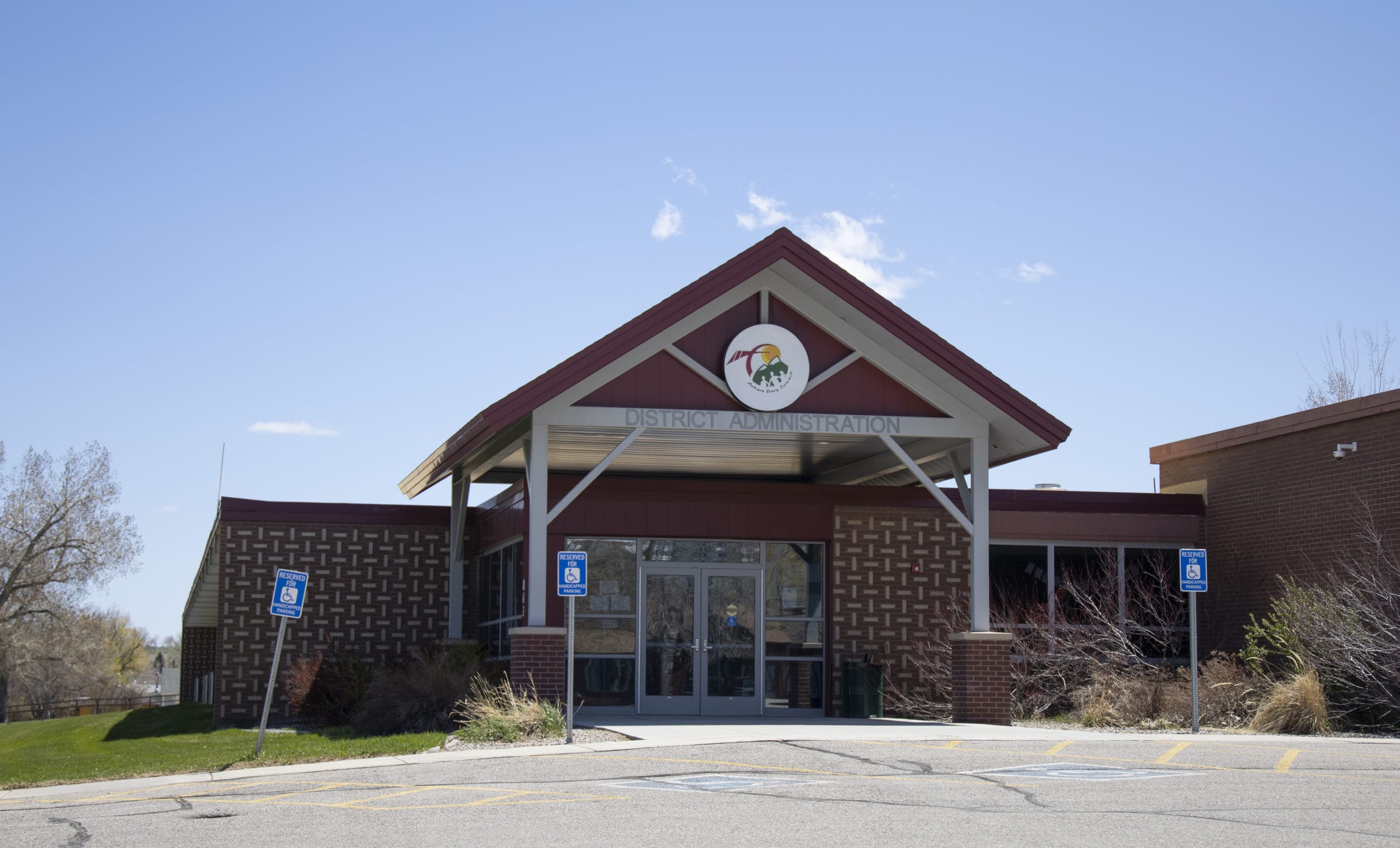 (Lander, WY) – At the Fremont County School District (FCSD) No.1 School Board meeting on September 21, board members voted against a proposed mask mandate, in a 4-3 decision.

Further discussions were due to continue at the October 5 meeting, which was originally scheduled as an additional meeting on the schedule to be used only if there were enough agenda items to warrant it.

That meeting was canceled on Tuesday, Sept. 28, according to a post on the district’s website, and discussions will now begin at the Oct. 19 meeting.

Dr Hitt said the following before introducing the motion for those in attendance:

“On behalf of the children in our community, health workers, district staff and parents, I make the following motion, knowing full well that not everyone agrees with what I am proposing. However, I think it is my moral and ethical obligation and responsibility as a member of this board.

“The motion is that FCSD # 1 adopt masking for all students and staff from now on. This will be reviewed at the October 5 board meeting and will expire after the October 19 board meeting if the relevant data determines it is no longer needed. “

“I am here to address concerns specifically related to students or staff who have one or more positive cases of COVID in their home, who under the district’s new close contact protocol are allowed to continue to come to school. with a mask, ”Cox said.

A waiver request for this new protocol, which would allow people to return to school who were considered close contact as long as they wore a mask, was ultimately not approved or recommended by Dr Alexia Harrist, according to Superintendent Dr Dave Barker during his report. earlier in the evening.

Cox went on to say that based on his findings, given the nature of the close contact that occurs between individuals in shared living spaces, levels of transmission were higher due to the fact that sick people can shed virus for 48 hours before symptoms appear. .

“The average household transmission rate is around 13%, and these transmissions account for around 60% of COVID infections in children,” Cox added. “According to local data for Fremont # 1, individuals are three to four times more likely to contract COVID from home than from isolated school exposure.”

His report also found that there were 43 staff and students who tested positive for COVID, and more than 250 students who were identified as close contacts. According to WDH guidelines, these people would be quarantined at home.

Vice President Scott Jensen then asked for specific numbers regarding positive contacts reported at school who also turned positive for COVID, with Cox responding that “19 of the 40 positives were from home exposure and six from exposure at school”.

When asked if she thought six seemed like a lot to her, Cox replied, “No, but I think the point is that the number of people who test positive from home exposure is three times. superior. My concern here tonight is the home population of people who have tested positive.

“We have decent data that indicates transmissions at school are low, while at home transmissions are high. We therefore ask people with COVID in their homes to follow the guidelines of the WDH and CDC. “

Before moving on to the public comments portion of the meeting, Chairman Kail commented, “This issue has become an ‘us versus them’ issue. This is an “us for the kids” problem. No matter which side we are on, I think it’s important that everyone understands that we’re all here because we care about children.

Kail also said he reached out to District 08 representative Bob Nicholas to ask how to handle this type of meeting and that the meeting would follow his guidelines.

Based on these guidelines, the public commentators were given two minutes to speak, with only the speaker allowed to address the Council.

He then added: “We have received two petitions, one from Alison Frost for the masking and another petition submitted by Kayla Horn against the masking. By law, we must respond to these two petitions and we will be supported by the vote. “

Before this vote could begin, the public had the floor to voice their concerns.

Of the 18 speakers, 12 were in favor of the proposed mask mandate and 6 were against, with medical professionals speaking on behalf of both sides of the issue.

“We are in the midst of another outbreak with a more infectious variant,” said pediatrician Dr Shalini Forbus. “The under-18 age group now accounts for 11-25% of all COVID infections. This county has 54 new cases per day, a good percentage of which are pediatric.

“It’s a scary situation,” Forbus continued. “There were fewer exposures last year due to the mask’s mandate and quarantine procedures. As a member of the medical community and as a parent of a student in this school district, I ask you to reinstate these measures during the outbreak. While most COVID pediatric patients don’t get very sick, some end up in hospital. “

The next speaker, who also works in the medical field, was Dr Broc White.

“I am here to dispel the illusion that all health professionals are in favor of mandates. Ultimately, there are many studies on both sides. My claim is that there is not sufficient evidence to support mandatory masking for students, ”Broc said.

“What is the social impact on students? What is the impact of language development on younger students? For some children, the only stable social environment they have is at school. What is the mental health impact of masking students? Broc continued.

After the board discussion, a roll-call vote was taken, where the motion was ultimately not adopted.

Vice President Jensen also suggested that the board “review the data in October” regarding students exposed at home and at school, and Nurse Cox was asked to continue collecting more data.

The October 5 meeting was originally scheduled as an additional meeting on the schedule, to be held if there were enough agenda items to warrant it. This meeting was canceled after consideration of the agenda, and the Board will meet on October 19.