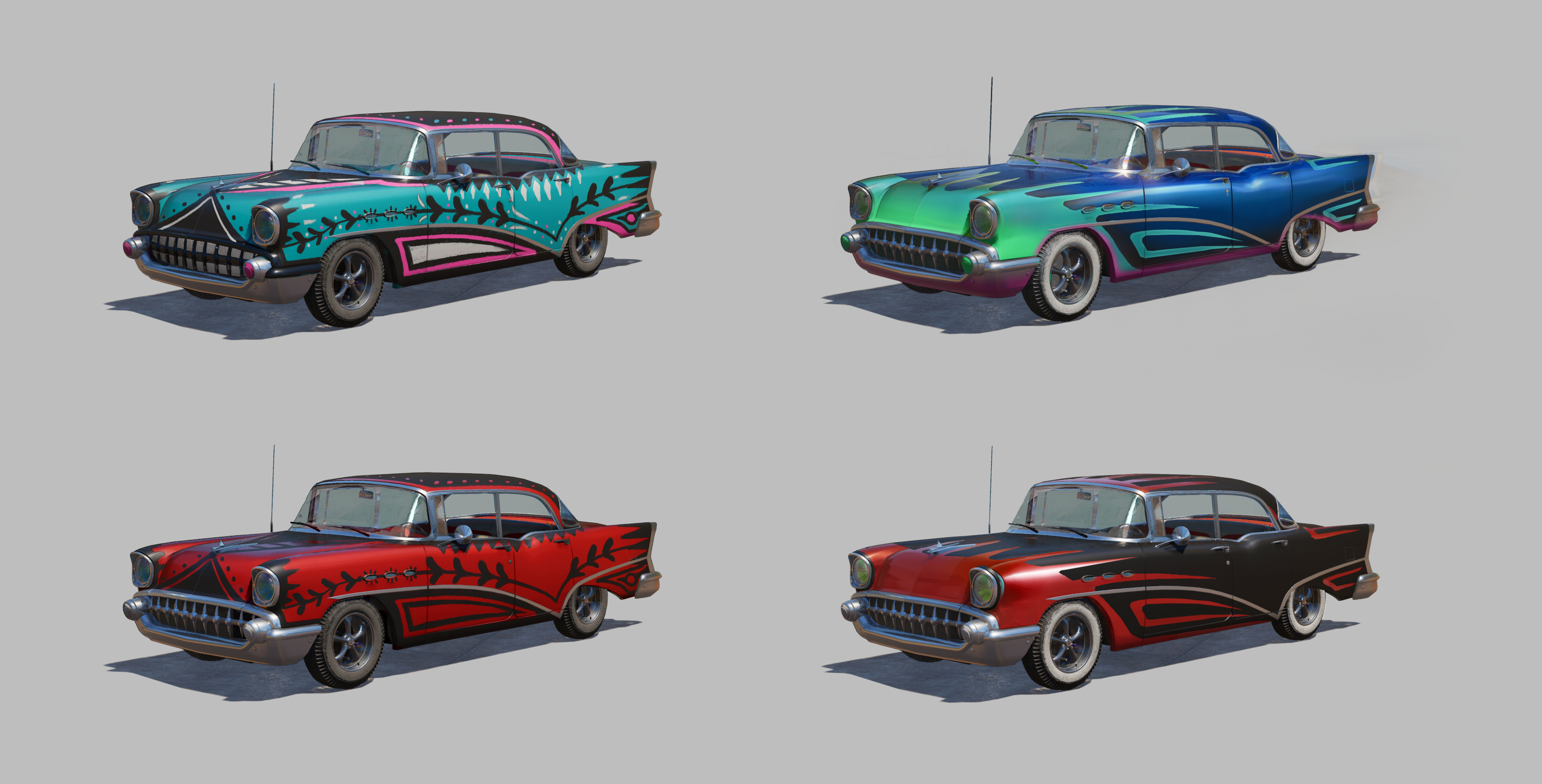 I’ve played almost all of the Far Cry games and think Far Cry 6 is one of the best in the series, although it doesn’t bring any new gameplay. Everything is bigger, better, smoother and nicer. This includes the vehicles you will see roaming the streets of Yara.

As many of you probably already know, Far Cry 6 takes place on the fictional Caribbean island of Yara, a reimagined Cuba specially designed to fit the game’s plot. It’s a land frozen in time. This is why when it comes to cars, a discerning eye will immediately recognize vehicles that were predominant in the 60s, while others come from the 80s and 90s. It is an interesting mix of automobiles that allows you to discover 30 to 40 years of automotive history of a part of the world hidden behind an iron curtain.Meet the fabulous cars of Far Cry 6
Since Cuba is a huge inspiration to the world of Cry 6, it’s certainly not unusual that Ubisoft has decided to include replicas of some of the cars that caused a sensation in this part of the world half a century ago. But Ubisoft went above and beyond and added a bunch of other vehicles, not just classic cars.

“With Far Cry 6, the game simulates a much more cohesive and massive world than any previous Far Cry, with towns, highways, dirt roads, rural areas, industrial and mining areas all in need of their own. own vehicle sets, ” Greg Rassam, told me the associate artistic director of Ubisoft Montreal during a recent interview.

While I haven’t noticed a certain order in which these vehicles are introduced into the game throughout the game, most of the cars can only be seen in certain regions. Also, compared to previous games in the series, Far Cry 6’s vehicle count is truly impressive. What’s really amazing is that you can drive virtually all of them. You can fly a helicopter or a plane, just as easily as you would a tank or muscle car. They drive differently, but the fact remains that you can have all of these experiences while playing.

In Rassam’s words, “from classic cars, delivery trucks and rikshaw taxis populating our towns and small villages, to tractors and utility vehicles working in our rural areas, to fishing boats and jet skis strolling our shores, to the military armada of Soviet inspiration fully equipped from Anton with troop transports, helicopters and tanks, and finally our group of rebels Libertad who designed their own means of movement and war with 3 very special makeshift resolver vehicles, it is surely Far Cry’s Largest Vehicle Offering Ever!”

Shortly after, I got access to the first of four hero cars you can customize in Far Cry 6, the so-called 1956 Beaumont Valentina, which is the in-game version of the 1956 Buick Century. It There are a few other variations of this specific car in the game, including a convertible model.

I got my second hero car after completing one of the auto racing competitions on Yara Island, the 1962 Verrazzano Bravo, a really nice muscle car we all know as the Ferrari 275 GTB / 2 of 1962.

While the game lives and breathes Cuban culture, we’re still talking about Far Cry, so gameplay remains a priority. This meant that the developers had to accommodate a much larger vehicle roster for fans to play with. So while every car, plane, helicopter, or boat has been designed to fit the Yaran theme, they can sometimes feel out of place.

And there is a good explanation as to why this could happen: “the vehicle embargo on the island was a major factor in the design of the range of classic American cars suitable for the 1950s era, whether it was the classic coupe or sedan, or the civilian cargo trucks. “explained Greg Rassam. He went on to say that although some of the vehicles might be surprising to see in this fictional setting”these black market or illegally imported vehicles like the sports coupe are there to give the player different driving styles that they can enjoy and experience. “

One of the terms often used in Far Cry 6 to refer to reused items is Resolver. This is something people generally do when they are short of certain products available in other parts of the world.

“Due to the embargo isolating the island from the rest of the world, people have to make and reuse every item they own. So we took that spirit of improvisation and imagined how it would translate for guerrilla vehicles. For example, you will find yourself driving a buggy that can fly or a nimble ducted fan ultralight airplane and so on. Each of them offering a unique driving experience for gamers. “

Even though almost all of the vehicles in the car have been designed and modified to fit the frame, car enthusiasts will certainly recognize many vehicles in the game. I am not sure about the helicopters, military trucks and tanks, which have all of them recreated from real life models, but I’m pretty sure many of you will immediately recognize the 1995 Dodge Avenger, Far Cry-esquely disguised as the Yarapunk Samurai from the street.

It’s hard not to think of Cuba and Fidel Castro when playing Far Cry 6. The resemblance to Yara and Anton Castillo (wonderfully played by actor Giancarlo Esposito) is striking, but not limited to the setting and the main characters. It is common knowledge that Cuba has been under Russian influence for many years, so many vehicles in Far Cry 6 are of Soviet origin.

“We have referred to the Soviet influence on the island to design and fill Anton’s military arsenal, and to provide a stark contrast to civilian vehicles. […] it was the perfect opportunity to showcase our vision of vehicles like the towering and recognizable MI-8 helicopters, Ural trucks, UAZ transports and even our own custom designed T-55 tank. If you’re eagle-eyed, you might even spot a reference to the ubiquitous MiG-15 flying around., says Greg Rassam.

Of course, tweaking and designing such a massive roster of vehicles for a specific theme usually poses challenges. While I can’t tell you how precise driving or piloting tanks, helicopters, and airplanes really is, I think Ubisoft has done a good job of faithfully recreating some of the vintage cars we drive. in Far Cry 6. Look good visually, but they also drive differently enough to spice up your in-game driving experience.

“Redesigning our vehicle production pipeline was the highest priority so that we could create so many higher resolution and better looking vehicles from scratch compared to previous Far Cry games, especially since we would be dealing with designs. very sleek, curvy and smooth vintage cars that needed to shine properly. We’ve also pushed our shaders and technology to enable the consistent white and red theme and decal work you see on all of our military vehicles, while allowing for greater customization on our most iconic vehicles.. “

Another important thing that Far Cry games and cars have in common is “customization”. While it’s not uncommon for a Far Cry game to let you customize your weapons, I’m here to talk to you about customizing cars.

The four hero cars you unlock in the game can be customized and equipped with decals, jacks, gun mounts, and even turrets. Obviously, you need to unlock these cosmetic items first, which is why you will want to turn away from the main path and do some side quests as well.

I’ve seen some downright hilarious custom rides made by Far Cry 6 players, and I’m pretty sure this is one of my favorite parts of the game. It’s hard not to notice how hard the work has been. was done to make Far Cry 6’s setting as faithful as possible to a region and an era. More importantly, the massive roster of vehicles waiting for you to drive isn’t just a bonus for Far Cry fans; that’s one more reason to play the game. 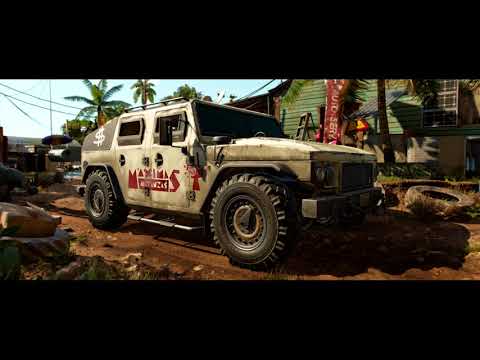