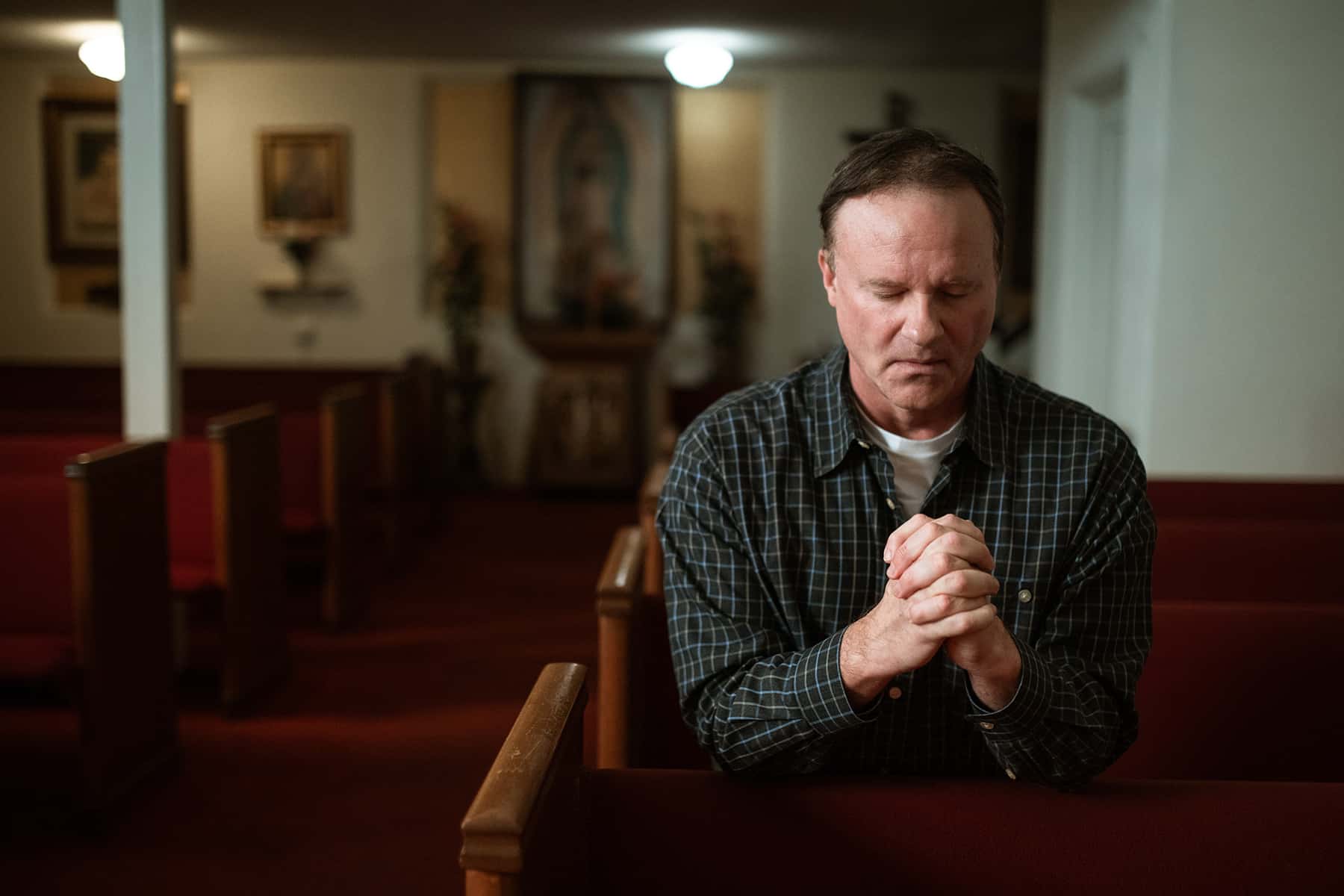 There is a thin line between what we call “civilization” and the kind of grim barbarism created by ISIS, Boko Haram and Al Qaeda. This line is defined by a simple and simple adjustment of a culture and the main storyline of its main religion with a variation that from time to time infects human cultures.

Societies that believe that one reaches heaven by doing good works define the basis of today’s “civilized” cultures. But the only hallmark of barbaric cultures, constant through the ages, is the belief that the surest path to forgiveness of sins and instant entry into paradise is to die killing others for a “righteous” cause.

We all remember how, after 9/11, supporters of Al Qaeda founder Osama bin Laden were ridiculed for believing that there would be “72 virgins” waiting for them when they reached heaven, as if it was some kind of strange and abnormal belief. unique to the sect of Bin Laden. And, in modern Islam, it is both strange and abnormal.

But throughout recorded history, this unique difference in one of the many histories that make up cultures and their religions is the dividing line between civilization and barbarism. Several cultures, repeatedly (including Western culture) have embraced the idea that dying in battle is the instant route to Heaven. Every culture that embraces this belief becomes monstrous until history is purged.

If the far-right fringe of American and European culture embraces this belief, Western civilization will face its most serious and historic challenge. And we are perhaps closer to this dystopian possibility than most people realize. Recently, I remembered this since Louise and I watched Burst Vikings, a drama series originally produced for the History Channel of Canada that begins with the story of Ragnar Lothbrok, a famous Norwegian raider who terrorized the Europe – and even seized Paris – in the ninth century.

As the series moves through its intervening years and beyond – keeping in mind that this is a violent drama, heavily fictionalized, and based on more legends than history; these times predate Gutenberg by half a millennium, he begins to deepen the differences between the Catholicism of the time and the “pagan” religion of the Vikings.

The most notable difference is that at this time, the Vikings believed that the highest parts of the sky – Valhalla, where one would spend eternity with the gods – were reserved exclusively for warriors who died in battle, transported to the Valhalla instantly after their death. Moreover, the highest value one could achieve in life was to become a “legend” about which stories would be told for generations to come. In particular the legends about fighting and death.

This made them formidable enemies on the battlefield. A little over a century later, Pope Gregory VII inserted this meme into the Christianity of that time to encourage his warriors during the First Crusade in Jerusalem (1095-1099); subsequent popes continued the tradition for several centuries, promising remission of sins and instant passage to heaven for all who died in battle “in the name of Christ.”

On November 27, 1095, Pope Urban made one of the most famous speeches in history at the Council of Clermont in France, calling for a holy war against Islam to unite factious Europe:

“God himself will lead them,” proclaimed the Holy Father, “for they will do his work. There will be absolution and remission of sins for all who die in the service of Christ. Here they are poor and miserable sinners; there they will be rich and happy.

The result, as I wrote in a 2002 essay for the 9/11 anthology From The Ashes: A Spiritual Response to the Attack on America, was a group of Christian warriors willing to use the most extraordinary brutality to confront any enemy. Medieval historian Raymond d’Agiles wrote eyewitness testimony to the attack and capture of Jerusalem in 1099 by the triumphant crusaders:

“Some of our men cut off the heads of their enemies; others shot them with arrows, so that they fell from the towers; others tortured them longer by throwing them into the flames. Heaps of heads, hands and feet were visible in the streets of the city. You had to make your way through the bodies of men and horses.

“But these were small things compared to what happened at Solomon’s temple, a place where religious services were usually sung. What happened there? If I tell the truth, it will be beyond your powers of belief. Suffice it to say at least this, that in Solomon’s temple and portico, the men rode in blood up to their knees and bridled the reins.

This is part of the reason why they called this period of history “the dark ages”. Life was incredibly dark, and brutality was the first response to conflict, whether legal, political, or church.

The power of this “honorable death in battle” meme was not limited to Western culture. When my father volunteered to defend the Free World in WWII, the most feared enemy facing the Allied Pacific Fleet were the suicide bombers of Japan, imbued with the Bushido code of the ancient samurai and revived by the emperor in 1944 as a last resort. efforts to win the war.

The suicide bombers knew that if they died crashing their plane on the deck of an American ship, they would immediately be transported to heaven.

The three monotheistic religions of the world have, at various times, taught that if their followers died in a righteous battle, they would go directly to heaven (read the book of Joshua for example). In each case where this belief was predominant, a type of warrior mentality emerged that was almost impossible to overcome and delayed the advance of the culture.

There is nothing more powerful than a warrior who does not fear dying but rather lives with the expectation of a “good death” on the battlefield. So far, Trump’s well-armed shock troops – the white supremacist “militias” that the FBI has called national terrorists – have only fought for their vision of a white power apartheid ethno-state, as stated in their sacred book The Turner Diaries and on sites like Stormfront.

They hate people of color, distrust women in power like Nancy Pelosi, and consider themselves superior to all other races; but they are still generally reluctant to go to jail or die for their cause. But if a modern Christian version of Bin Laden – a rich, charismatic ruler who has such religious magnetism that he can change the stories of heaven and hell to return to where Christianity was in 1100 – rises in our country, everything changes.

Imagine if ISIS with its vans, semi-automatic weapons and giant flags took over America, beheading “blasphemers” and political enemies while setting up kangaroo courts based on their scripture reading. Only this time, the people of “ISIS” claimed Christianity and the Bible as the justification for violence and political power.

We are moving in this direction. People who adhere to a slightly softer version of this ideology, writes Lawrence Wilkerson, are already pushing the edge of hardcore fundamentalist ideology in our military.

Right-wing pastors who today are simply encouraging people to expose themselves to COVID and die, if this meme becomes mainstream, would instead be encouraging people to die on America’s “battlefield” in combat. Even armed civilians with military training would find it difficult to fight against people intoxicated by such an ideology.

We believe that can never happen here in America, but we have come close to it once before: in the 1600s, when “witches” and other arrogant women were tortured and killed by religious leaders across Massachusetts and that any man who dared to oppose it faced brutal violence. His close cousin, on a religious level, also played a role in the religious justification for the brutality of slavery, the massacre of Native Americans and a century of Jim Crow. Violent racism and patriarchy are fertile grounds for this kind of ideology.

And now the Moonies are talking about a “right way to die” fighting for fascism. In a more modern incarnation, those who “lay down their lives” for the cause would become martyrs, revered and even one day prayed for. We are already seeing an attempt to get us there, as NBC News notes with the headline: Trump Makes Ashli ​​Babbitt, Killed In Capitol Riot, A Martyr. Why is it so dangerous.

Some argue that the “mass killings” that are so uniquely America – of young white men wanting to die and take others with them just to produce a “legend” about themselves – are an early warning of the sort. cultural collapse that this ideology could produce in its early stages.

And Business Insider notes how violence as a solution to political problems is now embraced by around half of American Republicans:

“Less than a year after pro-Trump mob stormed the U.S. Capitol, nearly half of Republican voters (47%) say” a time will come when patriotic Americans will have to do justice themselves, “according to a new nationwide survey conducted by the George Washington University School of Media and Public Affairs. …

The poll also found that a majority of Republicans (55%) say ‘the traditional American way of life is disappearing so quickly that we may have to use force to save it. “

Meanwhile, pastors on the radical right have found their “demons” – the liberals. Pastor Greg Locke comes in right away and calls progressives “crack-smoking, demon-possessed leftists.”

Qanon has built a whole pseudo-Christian mythology of the Elders of Zion around simple vanilla Democrats like Hillary Clinton “drinking the blood of white children.” The venom they direct against genuine progressives like Alexandria Ocasio-Cortez and the Squad is even more serious, including frequent death threats.

It’s a cultural poison, and right-wing billionaires and wealthy foundations pour hundreds of millions of dollars into promoting politicians like Donald Trump who are aligned or close to him.

Here in America on September 11 we saw the result of Bin Laden’s religious sect infected with this ultimate belief that death in combat takes you straight to Heaven. It was an early warning. If this meme jumps into far-right Christianity and is then exploited by political demagogues, all bets are off.