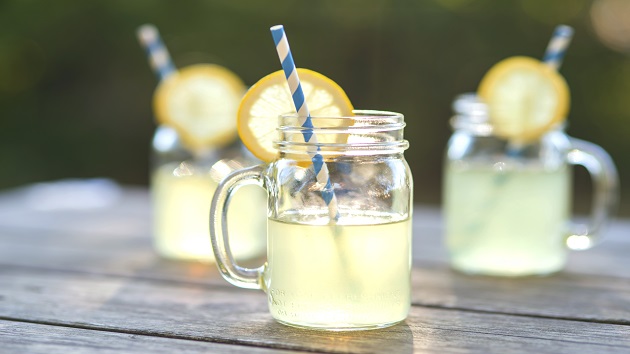 “One day my mom and aunt asked me how I would like to make a difference in the world and I said to help stop racism,” said Emi Kim, of Provo, Utah. Hello America.

To make this a reality, Emi and her family came up with the idea of ​​bringing more diverse books featuring people of color to school libraries, which Emi said she said will help people understand each other. .

“It’s important that everyone is represented,” Emi said. “We’re afraid of what we don’t know and I think that’s part of the reason we treat people badly based on how they look.”

Emi had originally planned to buy 15 pounds just for her school, Westridge Elementary, and set up a lemonade and baked goods stand on July 8 to raise funds. Her mother, Dorie Kim, said GMA that they raised $ 762, which allowed them to expand their plan to purchase five sets of 15 books for five local schools.

“She was hoping for 15 pounds for her school,” said Kim, 36. “It was really cool to see how people kiss Emi’s little lemonade stand.”

After fundraising, Emi said she hosted a presentation for her school principal Kim Hawkins on why various books need to be in libraries.

“At first I was nervous, but after practicing a bit I got it,” Emi said.

The presentation included statistics from the Cooperative Children’s Book Center at the University of Wisconsin-Madison, which found that there were more books with white main characters or animals than there were books with black, Indigenous or person protagonists. colored.

After receiving Hawkins’ approval, Emi purchased the books. She selected books containing main characters from Polynesian, Asian, Native American, Latin and Black cultures, and also made sure that someone behind the book was from that culture and was familiar with that culture.

“Emi made sure that every book she gave on various characters was actually written or illustrated by someone of that race,” Kim said.

Inspired by Emi, the Provo school district took their initiative a step further. According to his family, the district bought the same 15 books for the rest of the elementary schools in Provo.

“All 13 primary schools now have the books,” Kim said. “I’m speechless. We thought it was a little lemonade stand and we would buy a few pounds. We didn’t expect it to be this far.

Of the books she has chosen, Emi has said that Joanna Ho’s “Eyes that Kiss in the Corners” is her favorite. The picture book is about a young Taiwanese girl who notices that her eyes are shaped differently from those of her friends.

“I think I relate to it a lot,” Emi said. “I love the story, the artwork and how it shows all the wonders of having those eyes.”

The desire to make change also comes from the values ​​Kim tries to teach her children.

“One of the things my husband and I want to instill in our children is to be proud of who they are,” Kim said. “And be respectful of others, who they are and their experiences.”

Kim noted that her family lives in a predominantly white area and that she and her family have been exposed to racism on several occasions. She detailed a specific instance where she said she and her family were in line at the grocery store and an older white man cut in front of them.

“I was like, ‘Excuse me sir, you have to get to the back of the line,” Kim said, adding that he initially acted like he didn’t hear her. She said the man then turned around and said “Mexican” to her.

Emi said she experienced racism at school a day after her teacher said the United States entered World War II as a result of the attack on Pearl Harbor.

“When I said, ‘I’m Japanese,’ one of my kids started backing away, pointing at me and shouting, ‘You are Japanese! You are Japanese !’ “, did she say. “It didn’t make me feel good at all.”

Emi held a second lemonade stand on September 25, where she says she raised $ 3,029 which will be used to purchase books about children with disabilities.

“If children see colored or disabled children in books and learn that they are good too, that they have feelings and can become sad if they laugh at them, they might not laugh at them. them, ”she said.

Emi added that she hopes to run another stall in the winter, but instead of lemonade it will be the theme of the season with items like cocoa, pumpkin spices, apple cider and canes. candy.

“I really like helping people,” she said. “Being treated based on how you look is not okay. We are all people and that’s all that really matters.